On June 1, the twentieth CoStone Master Forum themed with "Economic Transformation & Business Revolution" kicked off at the world's highest concert hall the Sky Concert Hall, located at the T7 building of One Shenzhen Bay in Shenzhen. Dr. Jia Kang and six other speakers from the academic and business circles were invited to share their views on business revolution.

On June 1, the twentieth CoStone Master Forum themed with "Economic Transformation & Business Revolution" kicked off at the world's highest concert hall the Sky Concert Hall, located at the T7 building of One Shenzhen Bay in Shenzhen. Dr. Jia Kang and six other speakers from the academic and business circles were invited to share their views on business revolution. 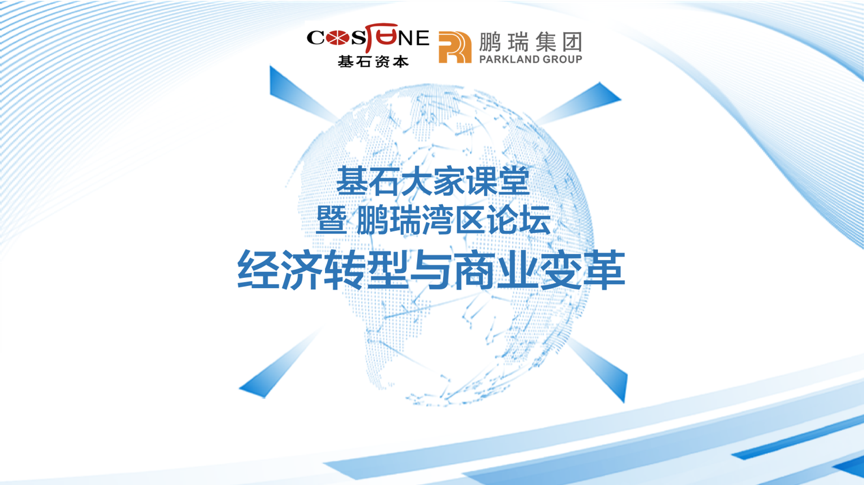 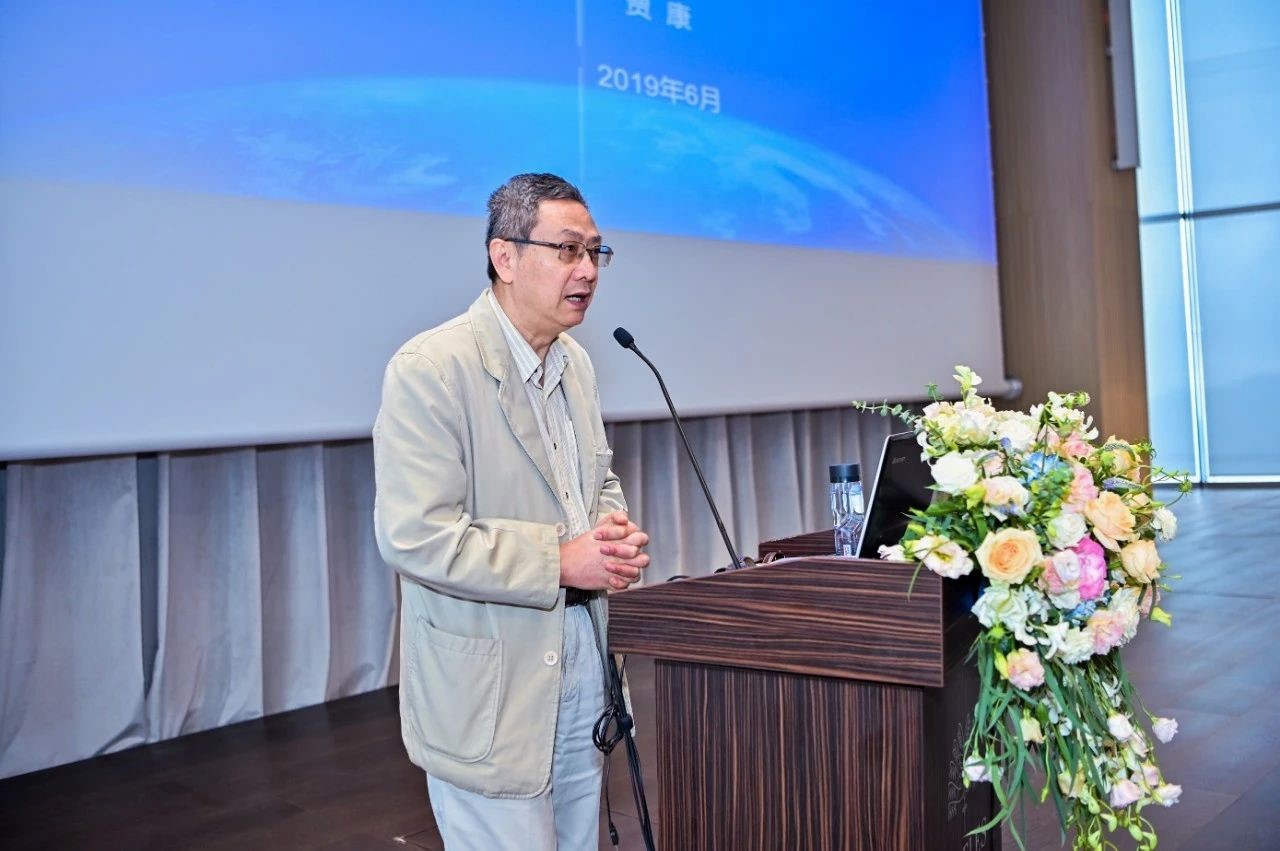 Dr. Jia made an in-depth analysis of the current economic situation, the global trend and corporates' opportunities. His speech consisted of four parts: the change in China's principal contradiction and the supply-side structural reform; China's macro economy and feasible approaches to the development; China's relations with the international community and how to handle Sino-US relations; corporates' ways of investing under the New Normal. 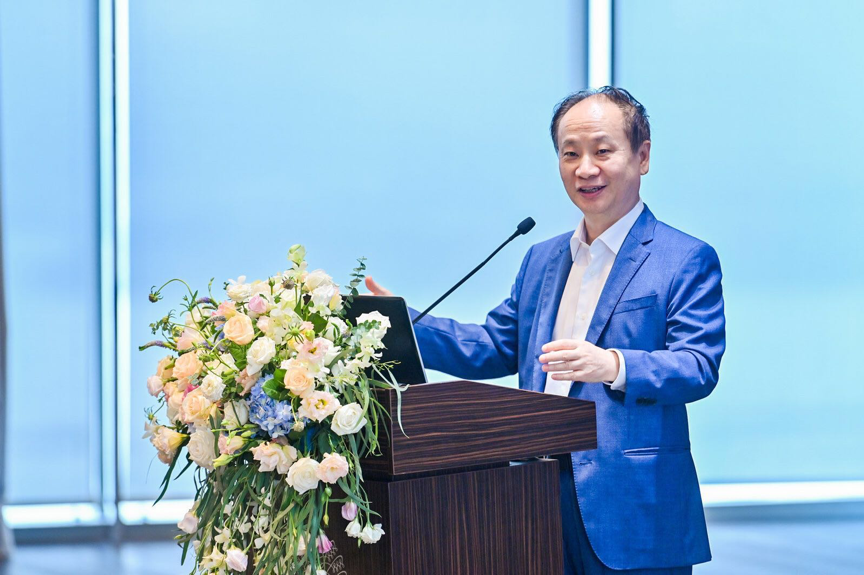 After looking back on how he started Mindray and Parkland, Mr. Xu offered his insights into the development of China and enterprises, and the trade war between China and the United States. In his opinion, the reform and opening up, the market economy and the government's support for people pursuing a better life have made China's success. He stressed that to start a business, one must stay optimistic, have a vision, and dare to take risks. Mr. Wang told his story of producing farm machinery parts and of how he ended up making aircraft parts, including those of COMAC(C919), Airbus, Boeing and Bombardier. As he said, the aviation industry, which seems to be an industry with enormous risks, is actually a very safe one as it has extremely strict requirements for product quality. He also pointed out that China should learn from Japan and Korea and create national automobile brands to upgrade the manufacturing industry. Jiangsu, Zhejiang and Shanghai’s rich resources could be fully utilized for building such a high-end national automobile brand, said Mr. Wang. Mr. Jiang expressed his thoughts on the new era. He held the belief that the competition among entrepreneurs would take up a large part of the competition in the future and that the Chinese government should give strong support to excellent Chinese enterprises in taking part in global competition. To put it specifically, private companies should be empowered, strong measures against fake and shoddy goods should be taken, and taxes and fees imposed on enterprises should be reduced. In the new era of commerce, entrepreneurs and individuals must establish a new commercial civilization, do good for others, which will in return give back benefits, build up confidence, and uphold a strong belief, added Mr. Jiang.

Dr. Jia Kang is a member of the National Committee of the CPPCC, and Distinguished Professor at Peking University, the Remin University of China and Wuhan University. Supported by the Heinz Program, he served as Visiting Professor at the University of Pittsburgh for one year in 1988. He is also the recipient of the Sun Yefang Economics Prize, the Mundell-Huangda Prize and the China Soft Science Prize. He once held the position of Director of the Chinese Academy of Fiscal Sciences for a long time. In 2013, Dr. Jia, acting as Director and Secretary General, initiated and set up the China Academy of New Supply-side Economics and the China New Supply-side Economist 50 Forum, aiming for building a think tank and a platform for interdisciplinary and cross-department academic exchanges.

Holding a PhD in Strategic Management from Purdue University, Dr. Chen Weiru is Professor of Strategy at CEIBS. Dr. Chen's interest areas of teaching include industry and competition analysis, business model innovation, and strategy of China. Before joining CEIBS, he taught strategy at INSEAD. He earned the Best Teaching Prize from the Krannert School of Management, Purdue University in 2002, the INSEAD MBA's Best Teacher Award in 2005, the INSEAD Deans' Commendation for Excellence in Teaching in 2011, and the CEIBS Best Teaching Prize in 2013.

After graduating from the Department of Computer Science, Tsinghua University, Xu Hang was admitted to the Department of Electrical Engineering for studying biomedical engineering in 1984, and then he obtained his EMBA from CEIBS in 2002. He is the recipient of the 2005 Shenzhen Mayor Award and the initiator of Pengrui Qihang Public Welfare Foundation. Xu Hang used to be Chairman of Mindray and now he has joined Parkland Group as Chairman of the Board. He is also a member of the Governing Board of the Chinese University of Hong Kong, Shenzhen. Xu Hang ranked the fourth on the Forbes China's List of China's 50 Richest People in Healthcare with a fortune of $16.3 billion on August 3, 2020.

Xu Dingbo is Professor of Accounting and Deputy Provost at CEIBS and Secretary General of the CEIBS Education Development Foundation. Prof. Xu once joined PICC as Director of the Board. Now he holds positions of Vice Chairman of the China Association of Chief Financial Officers and Executive Director of the Editorial Board of China Management Accounting Review.

Chen Fashu is the founder and Chairman of New Huadu, Vice Chairman of Wuyishan Travel, Chairman of Zijin Mining, and Honorary Member of the Board of Peking University. He ranked the 77th on the 2020 New Fortunes 500 Richest Chinese People List with a fortune of ¥30.05 billion (approx. $4.58 billion).

Jiang Xipei is Chair of the Board of Far East Holding Group, a senior economist, Deputy to the 16th CPC National Congress, and Vice Chairman of the Global Alliance of SMEs, the Asian Manufacturing Association and the China Enterprise Directors Association. He is the recipient of the titles of Top 10 Private Entrepreneurs in China and Champion in China's Industrial Sector.

Last：CoStone Capital Zhang Wei: China, Where Everyone Can Make A Fortune Next：The Secret to a Startup’s Huge Success in 3 Years