Zhang Wei: The Key of My Success Is Good Luck and Supports from Decent Friends

With CEO Zhang Wei’s unremitting efforts over the past 15 years, CoStone Capital has grown from nothing to the scale it has today, with more than 40 funds under management, a total worth of over 30 billion yuan. In the industry, CoStone Capital is known for “would rather make a focused investment than a micro one.” Among over 90 enterprises that were invested by CoStone during the past 15 years, only one of them had a loss of principal. Zhang Wei attributed his key of success to “good luck and supports from decent friends”. 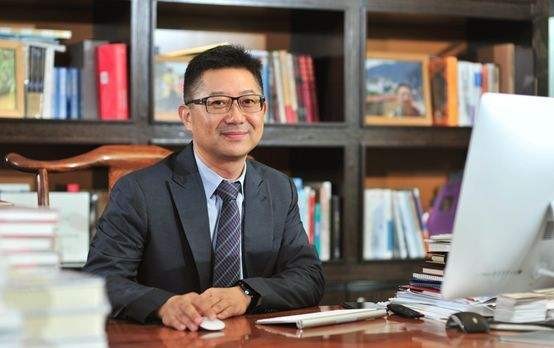 With CEO Zhang Wei’s unremitting efforts over the past 15 years, CoStone Capital has grown from nothing to the scale it has today, with more than 40 funds under management, a total worth of over 30 billion yuan. In the industry, CoStone Capital is known for “would rather make a focused investment than a micro one.” Among over 90 enterprises that were invested by CoStone during the past 15 years, only one of them had a loss of principal. Zhang Wei attributed his key of success to “good luck and supports from decent friends”.

Zhang Wei said: “I have invested in several portfolios that rewarded me a hundredfold each. That could not be made without capability, of course, but good luck has also played a significant role to some extent. My good luck is that I have met five decent friends during my investment career. Coincidentally, all of them are professors.”

The first one is Professor He Qinghua, CEO of Sunward Equipment Co., Ltd. (002097). As the Director of the Institute of Intelligent Machine of Central South University, Professor He founded Sunward, an equipment manufacturing company at his 54. Zhang Wei met Professor He in 2004. At that time, Sunward was evaluated four times in P/E ratio, but nobody dared to invest in it, as the engineering machinery industry was under huge influence of the government’s macro-control and there were already two big engineering machinery companies in Changsha, where Sunward based. However, Zhang Wei’s team made a decisive investment in it after careful investigation. Luckily, Sunward was listed on the Small and Medium Enterprise Board (SMEs Board) in December 2006, and rode the super bull market after the equity division reform, rewarding its investor 120 times in return.

CoStone made the judgment based on that: the macro-control was impermanent, and domestic infrastructure construction could enjoy at least five years of fast-growing period. Professor He, the founder of Sunward, had both technical background and entrepreneurship. What’s more, Sunward’s core product, “hydraulic static pile driver”, had won the second award of National Prize for Progress in Science and Technology and filled the gap in the market. It was very difficult to make a cash-and-carry deal in the field of engineering machinery, but Sunward made it. The four-times P/E ratio reflected its high margin of safety.

The second and third decent friends are Zhang Xiaocheng and Huang Bingliang, the two founders of Shandong Liuhe Group (000876), a feed company in Shandong Province. Liuhe Group was a star portfolio in Zhang Wei’s early investment career. In 2003, both gross profit and net profit in agriculture were very low, and “feed producing companies” were not favored by capital. But Zhang Wei saw that: first, Liuhe Group had its unique operation philosophy, that is, regarding itself as a “server for farmers” since the founding of the company, to carry out services marketing and provide whole industrial chain services to farmers; Second, high in operational efficiency, Liuhe strictly controlled its cost through intense development in a close distance and occupy the market on very narrow margins, which enabled it to reign supreme in Shandong Province; Third, as early as 2003, all middle-level cadres in Liuhe Group had acquired MBA or EMBA degrees, and the outstanding performers among them could earn millions a year.

“We found a great company and was rewarded 30 times in the end.” Up till today, Zhang Wei is still proud of that decision. It is proven to be a wise investment: Liuhe’s annual sales revenue was only 1.4 billion RMB when it received CoStone’s investment, but that rocketed up to 60 billion RMB in 2011, when it was listed in Shenzhen Stock Exchange through the stock-for-stock merge with New Hope Group (000876).

The fourth and fifth decent friends are Professor Peng Jianfeng (who recommended the Liuhe Group portfolio to Zhang Wei) and Professor Bao Zheng from the Renmin University of China. They are famous management scholars in China and the drafters of The Fundamental Law of Huawei. Zhang Wei said: “Two professors inspire me a lot in methodology, in particular knowledge about enterprise management. They teach me how to view the company from a manager’s perspective. I’ve learned that financial statements just show a result of the past, only the management system and entrepreneurship can represent the future of a company.”

Both Professor Peng and Professor Bao are under the profound influence of Peter Drucker. Upon their recommendation, Zhang Wei also becomes a follower of Drucker. “His ideas enlighten me and have changed my life. I will advise my loved ones reading Drucker’s book - Management Tasks, Responsibilities, Practices” Zhang Wei said.

Zhang Wei concluded: “It can be expected that investment in one company can receive several times in return through your hard works and ability. But hundred times of rewards cannot be achieved without good luck. If anyone says he attains hundredfold profits because he gains an insight into macroeconomy and capital market with his sharp investment horizon, that is nonsense.”

This is part of the interview with Zhang Wei on the “2017 PEdaily’s List of Top 100 Investors in China”. For the full transcript of the original Chinese interview, please refer to https://pe.pedaily.cn/201801/425728_all.shtml